Details including the date and activities are subject to change. Please check in advance with the organizer, the official website, etc.

Summer has come again in this year. Japan is very humid and hot in summer. But, many people look forward to summer events.
JAPAN ATTRACTIONS introduces enjoyable Japanese summer.

“Natsu-matsuri” is a general term for festivals taking place during summer.
Japanese Natsu-matsuri is most often originated in a religion such as “Bon (盆 Bon),” “The Star Festival (七夕 Tanabata),”
and “Gion Festival (祇園祭 Gion Matsuri). ” Today, It also has diversity of role local contacts and tourist resources.
Especially, Natsu-matsuri during the Bon period often has dramatic happens such as running into someone who you haven’t seen
in a very long time again. You may have looked at such scenes in anime and drama.

Natsu-matsuri has types to enjoy not just seeing but also participating.
It is a feature that is lively and everyone enjoy together.

Bon Odori is a dance performed during the Bon period. It was originally a dance to welcome the spirits of the dead. These dances and the music that accompanies them are different for every region of Japan. Usually, the bon dance involves people dancing around a yagura, a high wooden scaffold. The people move either counter clockwise or clockwise, away and towards the yagura. Sometimes they switch direction.

During the summer in Japan, fireworks festivals are held nearly every day someplace in the country, in total numbering more than 200 during August.

A yatai is a small, mobile food stall in Japan typically selling ramen or other food. The name literally means shop stand.

Dashi is gorgeously decorated float being used during festivals.

Kaidan is appeared ghosts and specters.
They are used as a base for story, painting and Kabuki.
Even now, Japanese want hear horror story and strange story to feel cooler in summer.
Because they freeze a their blood. Feeling like this may be Japanese only?

Sōmen are very thin—less than 1.3 mm in diameter—white Japanese noodles made of wheat flour. The noodles are usually served cold. The noodles’ diameter is the chief distinction between sōmen and the thicker wheat noodles hiyamugi and Japanese wheat noodles udon. Sōmen noodles are stretched when made, as are some types of udon noodles. The dough is stretched with the help of vegetable oil to make very thin strips and then air dried.

Hiyashi chūka is a Japanese dish consisting of chilled ramen noodles with various toppings served in the summer. Toppings are usually colorful cold ingredients and a tare sauce. 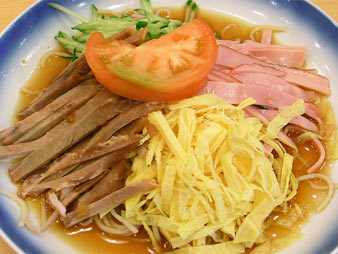 Kakigōri is a Japanese shaved ice dessert flavored with syrup and condensed milk.
In addition to the streets, kakigōri is sold in festivals, convenience stores, coffee shops, and restaurants. 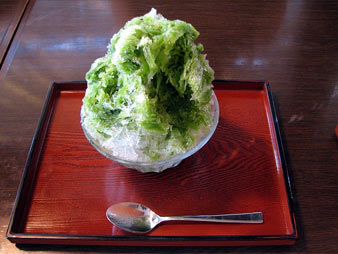 Also, Japanese drink in favor of cold drinks during summer. Beer is representative of them.
As one of the most typical sights in summer, many beer garden is opened for a limited time only.
When it comes to drink the beer, tofu and edamame are essential as a knob.

A beer garden (a loan translation from the German “Biergarten”) is an outdoor area in which beer, other drinks, and local food are served (see German cuisine). 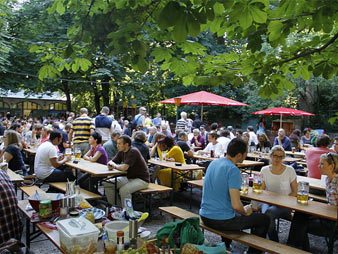 Edamame or edamame bean is a preparation of immature soybeans in the pod, found in the cuisine of Japan, China and Hawaii. The pods are boiled or steamed and served with salt. 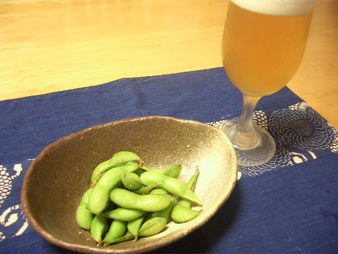 Hiyayakko is a Japanese dish made with chilled tofu and toppings. 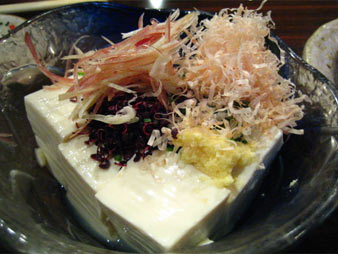 JAPAN ATTRACTIONS introduces “Summer Festival & Fireworks” that can not be experienced only in Japan.
Let's enjoy Japanese summer!!

We don't seem to be able to find the content you have requested.